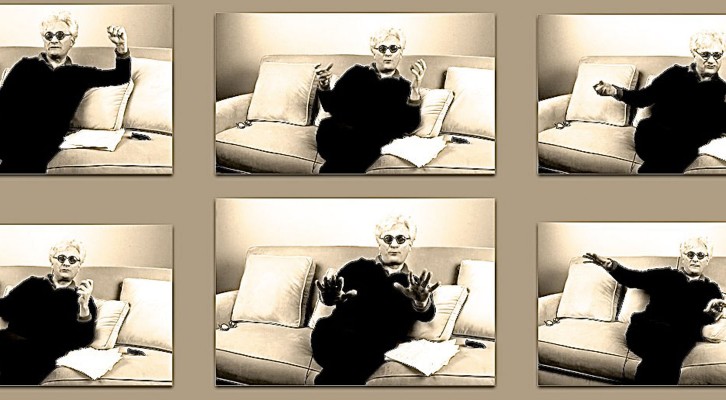 Only if we are able to disentangle the future (the perception of the future, the concept of the future, and the very production of the future) from the traps of growth and investment will we find a way out of the vicious subjugation of life, wealth, and pleasure to the financial abstraction of semiocapital. The key to this disentanglement can be found in a new form of wisdom: harmonizing with exhaustion.
––Franco „Bifo“ Berardi

Franco “Bifo” Berardi is certainly one of the most exciting and provocative European public intellectuals. Born in 1948, he became a member of the Italian Communist Youth Federation at the age of 14. He was an active participant of the events of May 1968, at which time he joined the extra-parliamentary, radical left-wing Worker’s Power Group (Potere Operaio). Berardi had founded the Italian magazine A/traverso, before he started working with Gilles Deleuze’s influencial co-author and French psychoanalyst, Félix Guattari. Ever since, he has been a frequent contributor to Semiotexte, Chimerees, Metropoli, and e-flux journal, amongst others and has written over two dozen published books, mostly in the fields of autonomous activism, financial capitalism and linguistics.

In 2011, his editor Gary Genesko directed a teaser video in which Berardi discusses one of his books, „After the Future“ (AK Press 2011). Many theses „Bifo“ expands on in both the video and the book recur in his latest publication, „The Uprise. On Poetry and Finance“ (published by semiotext(e) in 2012; fortunately, Kevin Vennemann has just made the effort to translate this latter volume into German, which is entitled „Der Aufstand. Über Poesie und Finanzwirtschaft“, Matthes & Seitz 2015).

In it, Berardi is mostly concerned with the linguistic, sociopolitical and material consequences caused by what he terms “financial dictatorship”, meaning the separation of labour and capital in the context of radical neoliberalism. Both “After the Future” and “The Uprising” expand on the devastating effects of financial deterritorialization, with a specific focus on labor precarity. Consequently, Berardi calls for the instauration of a radical imagination, an imagination being both poetic and timeless, and centered upon what he calls an „infinite present“ as opposed to neoliberalism’s obsession with futurity.

Franco „Bifo“ Berardi on key concepts in his book „After the Future“. Directed by Gary Genosko and produced by the Infoscape Centre for the Study of Social Media, Ryerson University.

„In modern times, the myth of a ”future” has been connected to the myth of energy. Think about Faust, for instance. This idea that future is energy. More and more and more: More speed, more strength, more consumption, more things, more violence. Futurism is the point of passage, the final step to full modernity. Futurism is the exaltation of violence, of despise of the woman, for instance. The woman is weakness, is senselessness, is feebleness, everything modern energy wants to forget about: „Forget the woman! Despise the woman! Exalt war! Exalt violence! Exalt acceleration!“
This is futurism.“

The End Of The Future

„Now, futurism has brought the world to this point of total despair. Futurism without future. This is the present reality we are facing and we have to invent something beyond this obsession of the future because the future is over. Saying that the future is over does not mean that tomorrow we will not get up. We will get up.

But please, don’t be obsessed about the idea that we want more things, more violence, more speed. We want more time to live. At a certain moment in the year ’77, as far as I can remember, we had the perception that the future was over. We had the perception that the idea of constant growth was leading us to destruction, to war and to a total exploitation of our life in the name of the future. So, in some places of the world (for instance, in the United Kingdom where Mrs. Thatcher was taking the power and was saying: “There is no such thing as society!”) some people cried: “No Future!”. If future has to be a future without society, a future where only the economy, where capitalism, wealth and accumulation are legitimate, and society is nothing; if it was this, we say: “No Future!”. In some other places of the world (for instance in Italy, in Bologna, and in Rome) students, young proletarians, people said: “We want our life! Now!”

’77 was the strangest of the years. In a sense, it was the year of color, of happiness, of creativity, of invention of new possibilities for life. But at the same time – or maybe suddenly after – it became the darkest of moments because we became aware that the possibility of richness, of joy, all of a sudden was destroyed by the restoration of the law of capitalism, of profit, of mandatory future.“

„So what now? You see what is happening now, at the beginning of the second decade of this century that comes after the end of the future: You can see this destruction, this devastation of the possibilities that modernity has created.

„‚Ungrowth‘ is a difficult word to use. Actually, I don’t really like the word. It is an approximation to a better concept that we should invent. „Growth“ means the constant expansion of capital, of property, of the world of things.

But we do not need „more things“. We need more time. We do not need „more property“. We need more joy. The collective intelligence, the social organization of the collective brain has created the possibility of producing everything we need without more exploitation. So, the problem now is not to restart growth; the problem now is to find a way to enjoy what we already have got, and to develop the possibility of self-care, of self-therapy, of self-education. Society has to come out from the obsession of growth.
The problem of this word—“ungrowth“—is that it seems to hint at something less. Not at all. What we need is not less life, less pleasure. We need more life! More pleasure! But more life, more pleasure does not imply more consumption, more merchandise, more work.

„‚Angel!
If there were a place we don’t know, and there, on some ineffable carpet, the lovers, who never could bring off their feats here, could show their bold love to figures of heart’s wings, their towers of ecstasy, their pyramids that long since, where there was no standing ground, where tremblingly propped together could succeed, before the spectators surround them, the innumerable silent dead: would not these then throw their last, ever hoarded, ever hidden, unknown to us, eternally valid coins of happiness, before their pair, with the finally genuine smile on the assuaged carpet?‘

„In the second volume of the Grundrisse, Marx speaks of general intellect. General intellect is a fundamental concept if you want to understand something of what is happening now, a century and a half after Marx. General intellect means the connection of infinite fragments of human intelligence in a continuous machine of production.

What does the word precarious, precarisation mean? What is work now-a-days? Work is becoming an ocean, a sea. An infinite sea of fragments of abstract time. Fragments, recombineable fragments––fractals, I would say. Fractals of time, of working-time, of intellectual working-time joining, connecting together in the network-machine. So, the capitalist does not need to buy you––you, your person. You have rights, you have a life, you have a family. You have a union. So, capital does not need you anymore. He needs your time, your fragments of time.

„When capitalism connects with the general intellect, it starts to produce in a different way. No more things, no more cars, no more iron and metal and steel. Well, iron and metal and steel and cars and things still are there, but what we are really producing is not that. It is the concept, it is the sign, it is the „semio“ as the old Greeks said.

Actually, when you think about the present condition, you should be aware that it is not so much about cognitive capitalism. Capitalism is not cognitive. Capitalism is financial if you want, it is abstract, simulated. Work is cognitive work. And capital is becoming more and more an immaterial world of the production of illusions.

So, you see, that this process of acceleration is producing an effect of suffering. Suffering is the main problem of the first internet generation, of the first generation which learned more words from the machine than from the mother. Psychic suffering, depression, panic, attention, deficit disorders, epidemic of suicide. This is the mark of the last decade.“

Because music does not mean only sound. It means rhythm. And what we need is finding our singular rhythm. Singularity is all about rhythm, about recovering your ritournelle, your refrain, your ability to relate to stars, to the sky, to the ground, to the body of the other, to your own body. So I say thera-poetry and I think about the therapeutic affect of my voice, of Rilke writing poetry. Poetry, voice, body, ritournelle, rhythm. Coming back from what has been denied because of the acceleration of the info-sphere.

Franco „Bifo“ Berardi (born 2 November 1948 in Bologna, Italy) is an Italian Marxist theorist and activist in the autonomist tradition, whose work mainly focuses on the role of the media and information technology within post-industrial capitalism. Berardi has written over two dozen published books, as well as a more extensive number of essays and speeches. His most recent publications include “After the Future” and “On Poetry and Finance”. 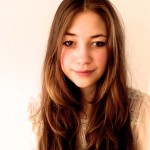