The Rotterdam International Film Festival intermittently collaborates with the city’s other cultural institutions to develop and have on view simultaneously with the festival a variety of visual arts exhibitions illuminating in some fashion the preoccupations of the festival itself. That festival, such as it is, unspools officially within the confines of conventional cinema venues: commercial and non-commercial works seen via projection, before a paying, seated audience. Occasionally, there’ll be a spectacle-like twist; in 2009, for example, the festival included three short films projected at night on the facades of high-rises in the city center.

As I’ve written elsewhere (“Off Screen,” Artforum, April 2009, pp. 91-92), Rotterdam’s festival has a tradition of having cinema seen as a practice with ‘expanded’ aspirations, and for the most part those variations have been found within gallery exhibitions. In 2009, the single most resonant piece of cinema I saw at the festival was not technically “in” the festival at all, but was within one of those parallel exhibitions, a very short work by Carlo Zanni (b. 1975), on view in the TENT gallery space as part of a group show entitled Aspect Ratio, conceived by Belgian curator Edwin Carels.

Having among other distinctions that of being by far the smallest piece in the show, Zanni’s The Possible Ties between Illness and Success (2006-7) used an iPod attached to the wall as its delivery system, sculpturally enhanced by a metal shelf on which were perched two wax-like white abstract figures embracing on a bed, audio courtesy a set of headphones. On the match-box-dimensioned iPod screen, the story unfolded: eight shots in all, and running well under two minutes, but executed with the glossy production values of commercial cinema, it takes its title from a review Zanni found in The New England Journal of Medicine of Touched with Fire by psychiatrist Kay Redfield Jamison.

The text played by the voice is the last page of American novelist John Haskell’s American Purgatorio, and it’s Haskell himself speaking the voice-over, a colloquial rumination on memory, loss and death, underscored by Gabriel Yared’s plaintive score for piano. What’s being visualized is not yet even an anecdote, but merely the narrative conditions for one, a fragment, a glimpse: a handsome, bare-chested man lies in a bed, his back to the camera; a woman enters the room, and he looks at her as she goes to the window, then freshens his pillow and lies in bed alongside him as though to give comfort as he looks stricken, covering his face with his hands. As the camera cranes upward, the narration concludes: “It fades away completely. The puddle in the sidewalk and the memory of the puddle. And then it’s gone.” Roll the credits…

Carlo Zanni, The Possible Ties Between Illness and Success, 2006/07. Video Stills Illness evolution from 8th September 2006 to 8th December 2006. (Illness generation coming from the number of users and country of origin visiting)

What this skeletal synopsis leaves out is what gives the film its, to me, overpowering emotional undertow, which is that the man’s face and torso are blighted by cancerous or HIV-like lesions, rendered not via make-up but by fluctuating data provided by users who’ve watched the piece on its original viewing location, which is online. Visitors to Zanni’s website housing the film would deposit their presence through data identifying/incriminating them as stealth movie-goers; that data, aggregated, is translated into information determining the pattern and depth of stains on the man, meaning subsequent viewers are watching what to that extent has been determined by the history of previous viewers. We watch the man suffer; later, we watch him suffering differently but still suffering; it’s endless, with variations. Describing the work, Zanni noted, “The more users, the more stains, thus causing the ‘illness’ to spread all over the body.”

Of course, artists using collected online data from users to determine a work’s direction is not itself new, and as an artist with Zanni’s mastery of digital domains, I doubt even he would claim that on his piece’s behalf. But that would be to miss the point that few artworks have managed to convey a human-scaled story of such elegance and precision by means of harnessing for its effects the digital data provided by an essentially random viewership. Having functioned as a proper film director – hired attractive actors (Ignazio Oliva, Stefania Orsola Garello), a professional cinematographer, used an evocative score, chosen a memorable text and directed its speaker (there’s another version in Italian, read by Garello), and even produced a poster, as though it were a feature-length production – Zanni effectively set up the conditions for its own viewers to complete the project, the man’s stained body, which is the gravitational center of the film, its monstrous pull, the pity and sadness the work summons.

Its puzzling title (the “illness” is evident but what would constitute “success” here?) is drawn from the writings of psychiatric therapist Kay Redfield Jamison, who used it to refer to the transactions between a person visited by emotional suffering and those who surround them, but the film’s extraordinary resonance turns as much as anything else on a delicate interplay between graphic visual evidence and ambiguous discretion, an incarnation of something like politesse practiced by the artist on the viewer’s behalf.

There’s not been a shake-out yet in terms of definitive agreement as to what to call the kind of art Zanni practices: digital art, new media art, data art – each already has its claque. The Rotterdam catalogue said, “Zanni keeps investigating what he calls Data Cinema: a new way to approach filmmaking and narrative forms at large based on live data feedback gather from the Net,” and that to me gets it just about right, to the extent that it recognizes the cinema field: the movement of images in time and space. Beyond that, one might annex Zanni’s practice into what Jonathan Walley identifies as the “paracinematic,” by which he includes “an array of phenomena that are considered ‘cinematic’ but that are not embodied in the materials of film as traditionally defined…. Instead, paracinema is based on a different version of essentialism, which locates cinema elsewhere.” (“The Material of Film and the Idea of Cinema: Contrasting Practices in Sixties and Seventies Avant-Garde Film,” October, 103, Winter 2003, p. 18.)

This is neither to disavow nor minimize the decisively catalytic role the gathering and manipulation of digital data serves within Zanni’s practice; on the contrary, it’s precisely the changeability provided by data monitoring in his work that opens it up, again, to the paracinematic, to highlight the “performed” nature of his project, as in Flying False Colors (The Sixth Day) (2009), a gallery installation consisting of a flag planted in a wind-generating base programmed to blow in velocity and direction based on incoming data related to global oil consumption.

Similarly, The Fifth Day (2009), a ten-image slide show of a taxi ride through Alexandria, Egypt, is varied in the sequencing of images based on specific incoming data related to national politics and demographics. Zanni’s eBay Landscape (2003-04, ongoing) proposes a graphic online environment altered by data influx tied to the fluctuations in the stock market and to the frequency with which CNN.com updates its website, but folds into that mix the ‘creative’ input of real viewers to the website, with their collective and individual presence altering the color and the stars visible as the piece’s background field.

In taking about his own practice, Zanni has invoked American artists Donald Judd and Sol LeWitt as being among the predecessors for his own work’s conceptual underpinnings, specifically modifying LeWitt’s well-known assertion, “The idea becomes a machine that makes the art,” to say, “The idea becomes the code that renders the art.” He also is presumably fully aware of a further point of intersection he inhabits with them, which has to do with the fact that Zanni is in essence producing multiples, filmed situations varied according to the limited terms the artist has put in place during the time-frame they’re accessible live but thereafter fixed once archived online (or viewed on the zanniorg channel on YouTube).

While the art market of the past several decades has eagerly accommodated the editioning and collecting of infinitely reproducible films and videos (a convenient fiction mainly sustained by the issuance of “certificates of authenticity”), that’s an unattractive model for Zanni’s practice, which derives much of its strength from the mutabilities within his work happening in real time by external participants/viewers; it is, so to speak, a cinema of attractors.

His Altarboy (2003) played with the question of the market by taking the form of a sculpted box housing its own server and screen, with the potential owner then having private, ‘unique,’ access. But coming into contact with one of Zanni’s online projects when it’s no longer ‘live,’ hence no longer allowing us to witness its attentiveness to the data-driven vagaries of other people in other worlds…well, it’s a consolation first and cinema second. That’s not bad, but by putting work into the world that lets the world look back is more rare than a consolation: it’s a form of solicitude.

Carlo Zanni, The Possible Ties Between Illness and Success, 2006/07.
Video Stills – Illness evolution from 8th September 2006 to 8th December 2006
(Illness generation coming from the number of users and country of origin visiting) 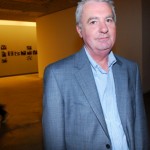 Bill Horrigan is Founding Director of the Media Arts Program at Wexner Center for the Arts, Ohio State University, Columbus, since the opening of the center in 1989. Among the artists with whom he developed exhibition projects are Chris Marker, Johan van der Keuken, Mark Dion, Julia Scher, Adi Nes, Shirin Neshat, Robert Beck, Zoe Strauss and Paper Tiger Television, and many more. He regularly publishes articles in film and art magazines and catalogues. Recent publications include among others catalogue essays on Moyra Davey and Luc Tuymans. 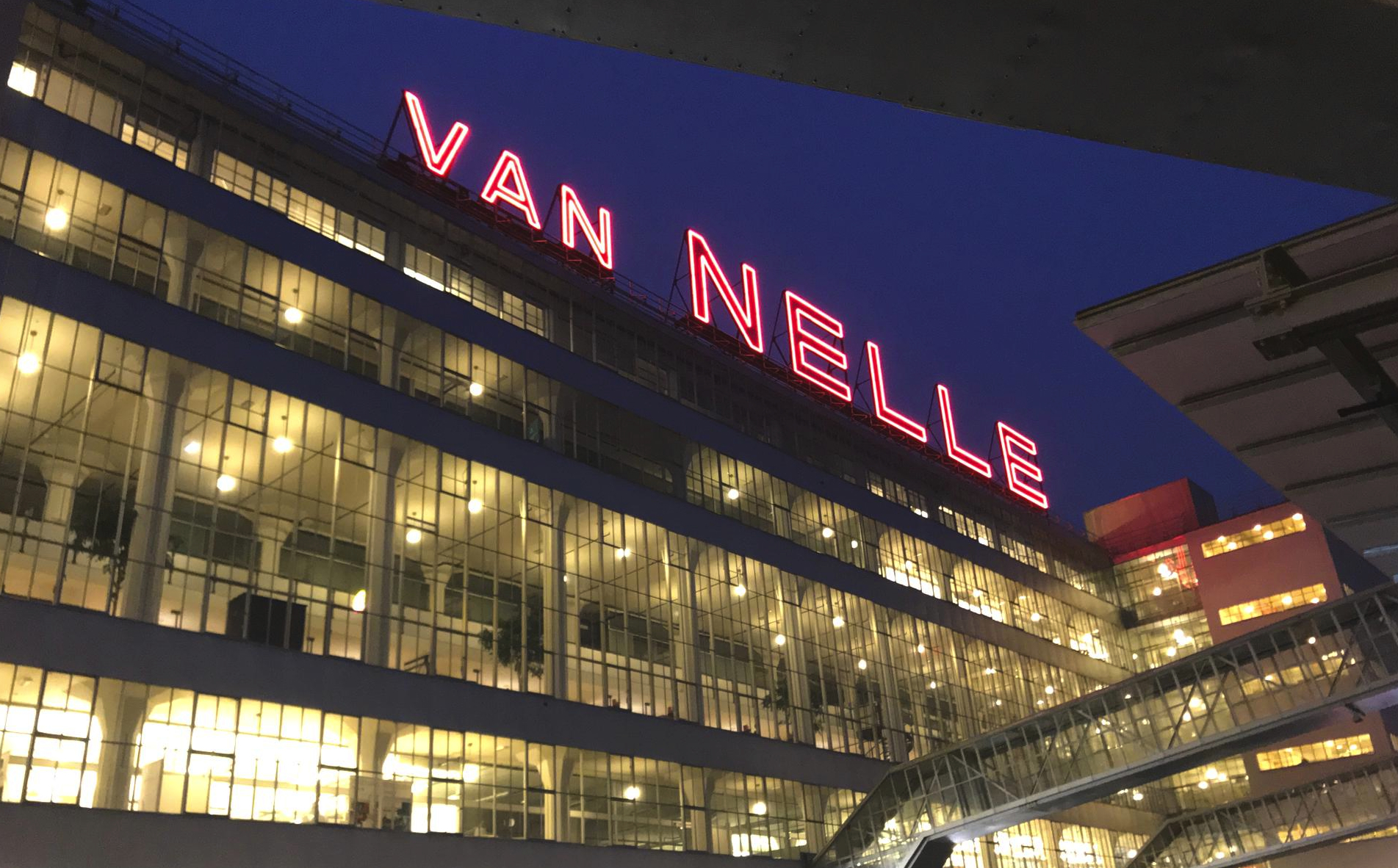 I am in fact grateful to the owner off this
website who has shared this impressive piece of writing at
at this time.